An asymmetrically shaped shawl that's surprisingly easy to wear with a delicate drape for style.

There is a very large difference between the finished item before and after blocking, both in size and drape. Be sure to check your gauge: you want a loose fabric, not a tight one, and if your gauge is too tight the shawl will not lay very well.

This is my favorite kind of shawl: it's done when you say it's done. You can keep knitting until it has reached the size you want, or you run out of yarn, and you can knit it in any yarn weight you wish. The instructions are more of a template than a pattern, don't feel restricted by the yarn weight or size I've knit for myself.

If you have more yarn, you can continue working in pattern until the shawl reaches your desired size, ending on Row 8 or 16 of the Chevon motif.

To work with a different yarn weight, select a needle that produces a loose gauge (typically the largest needle size recommended for the yarn).

BO all sts and block gently. 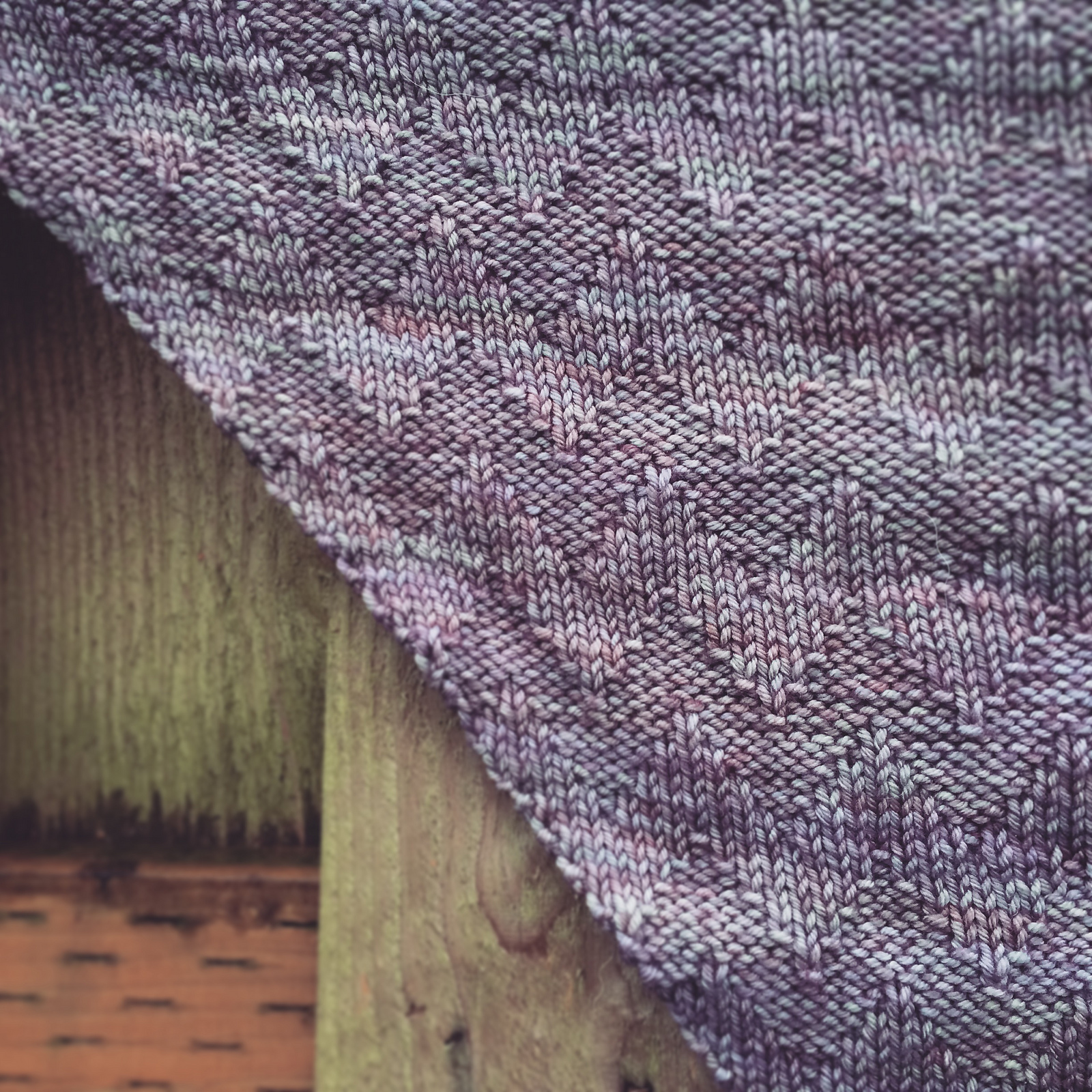 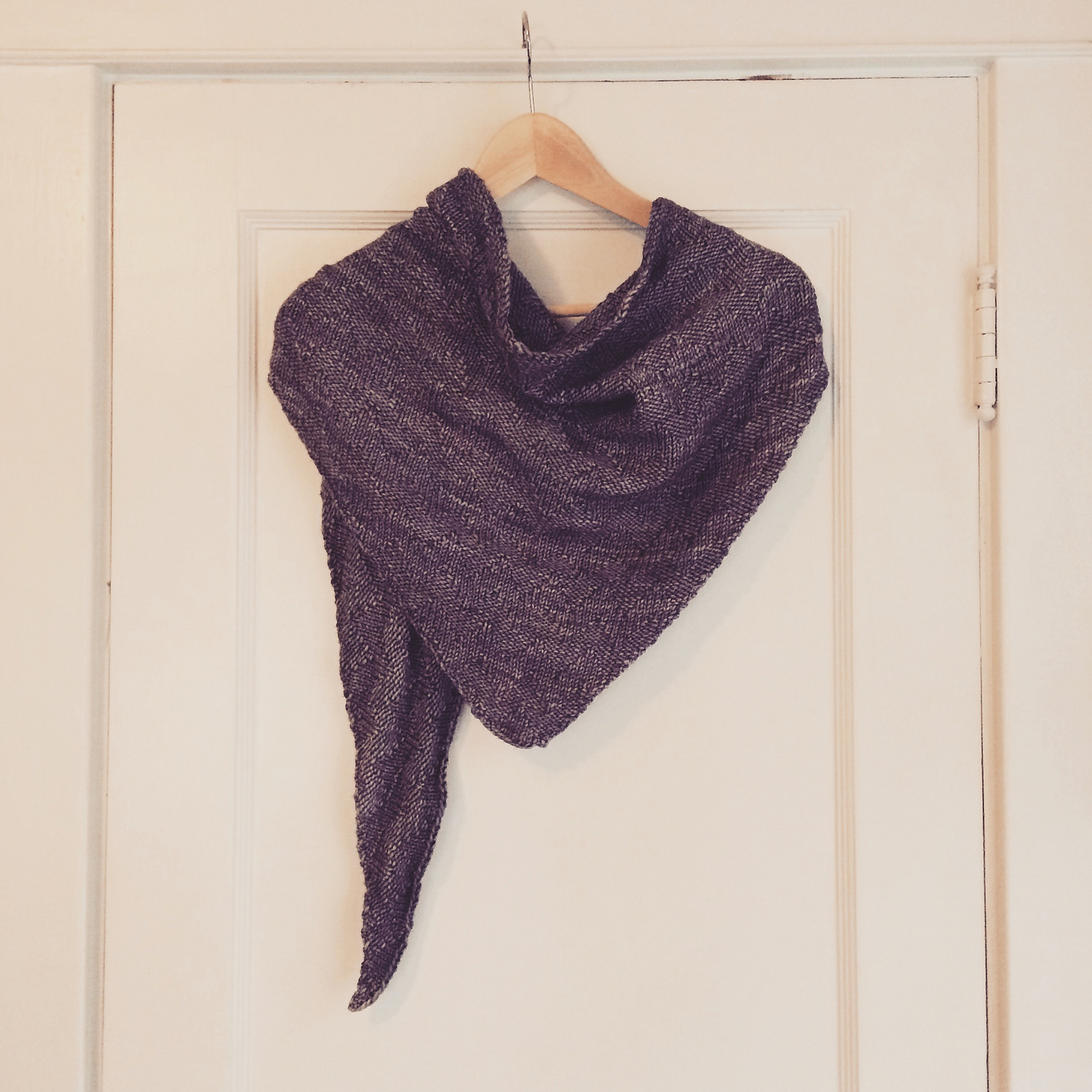 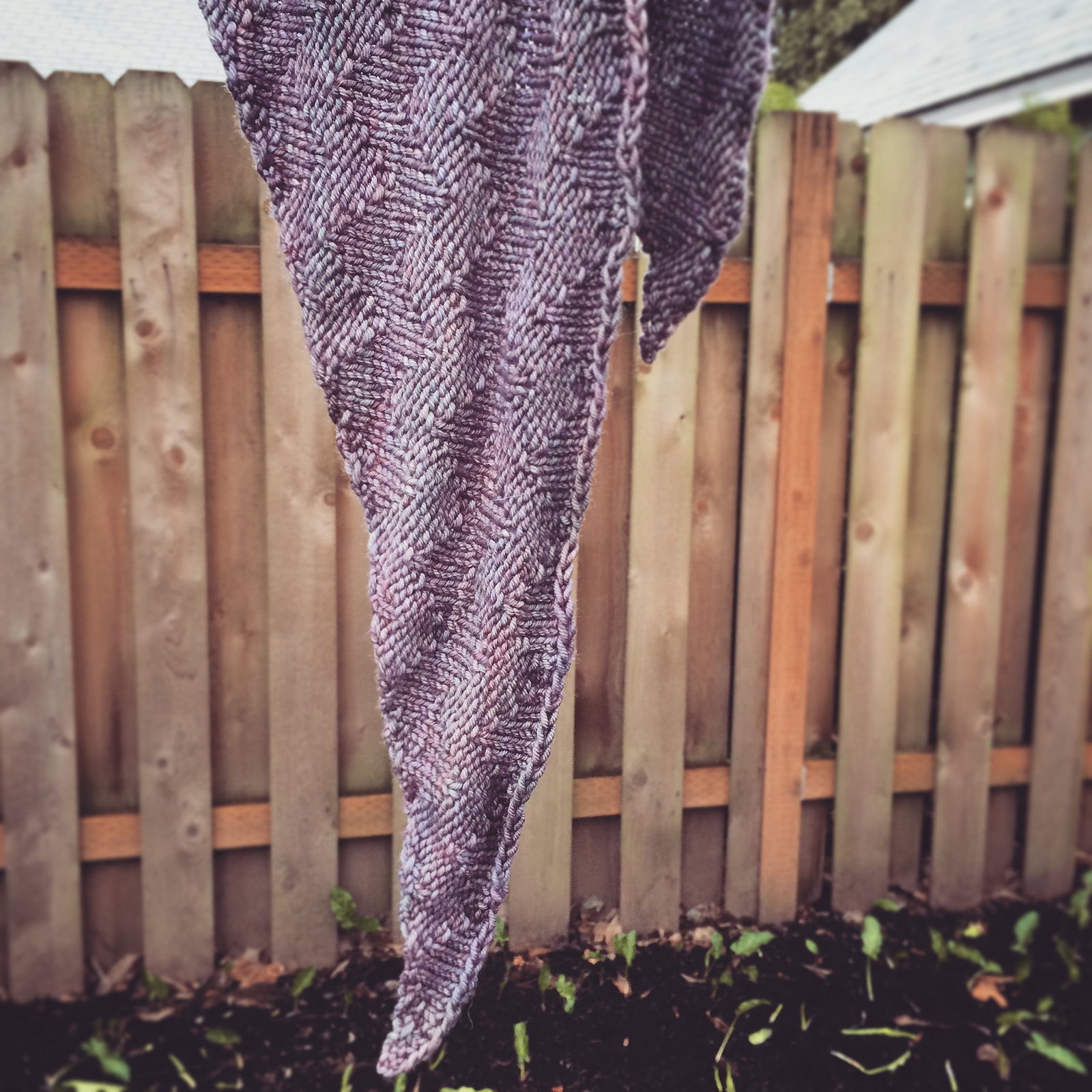 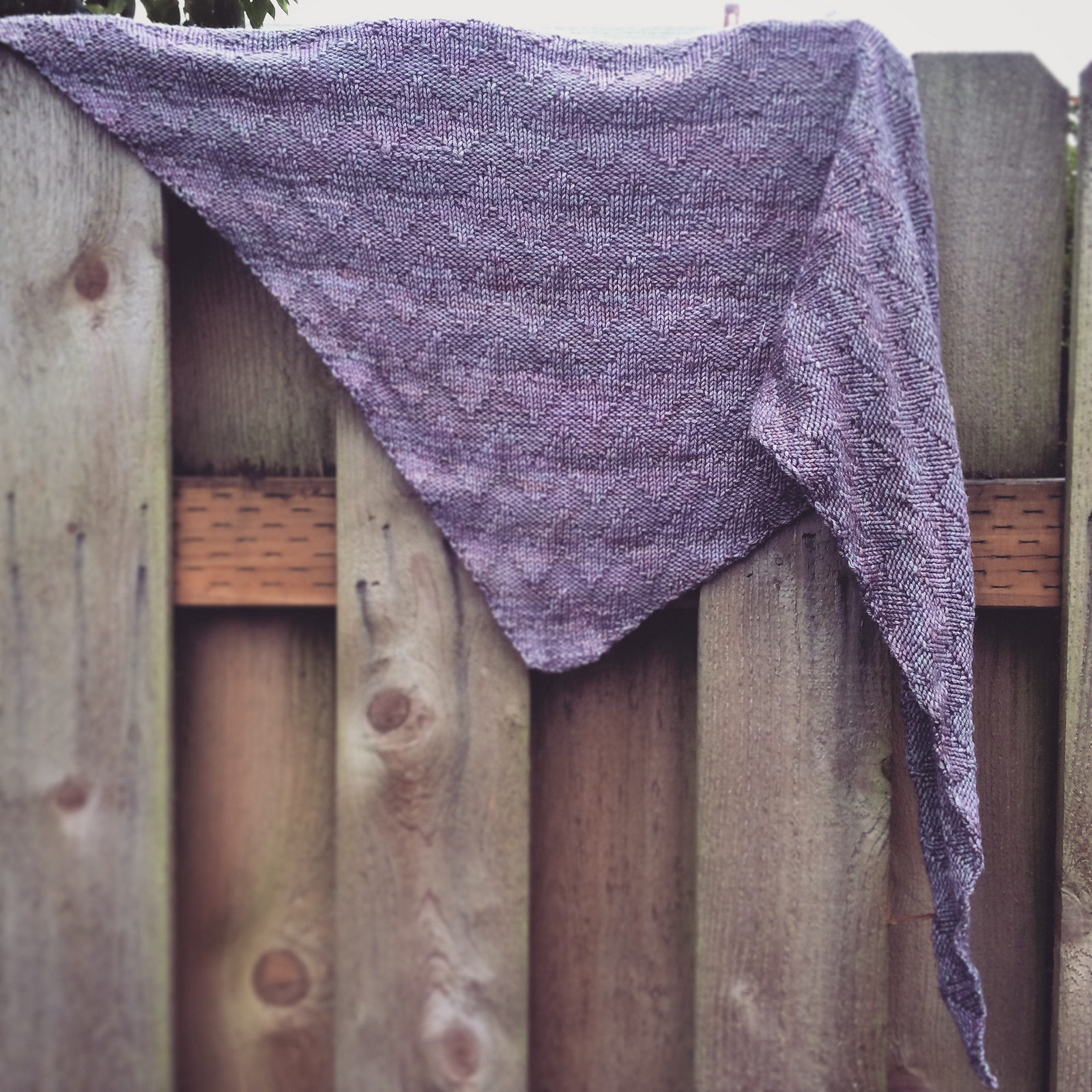 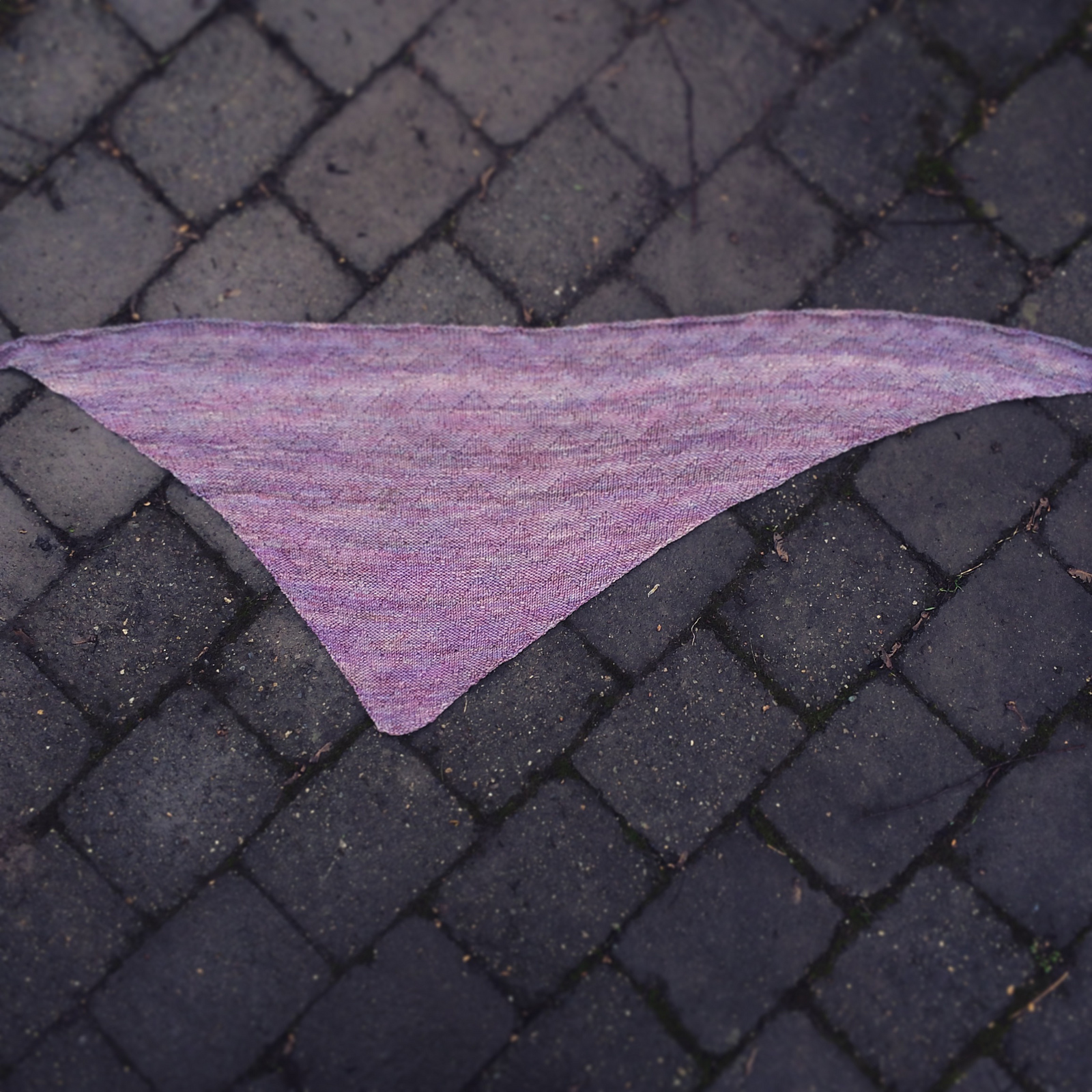 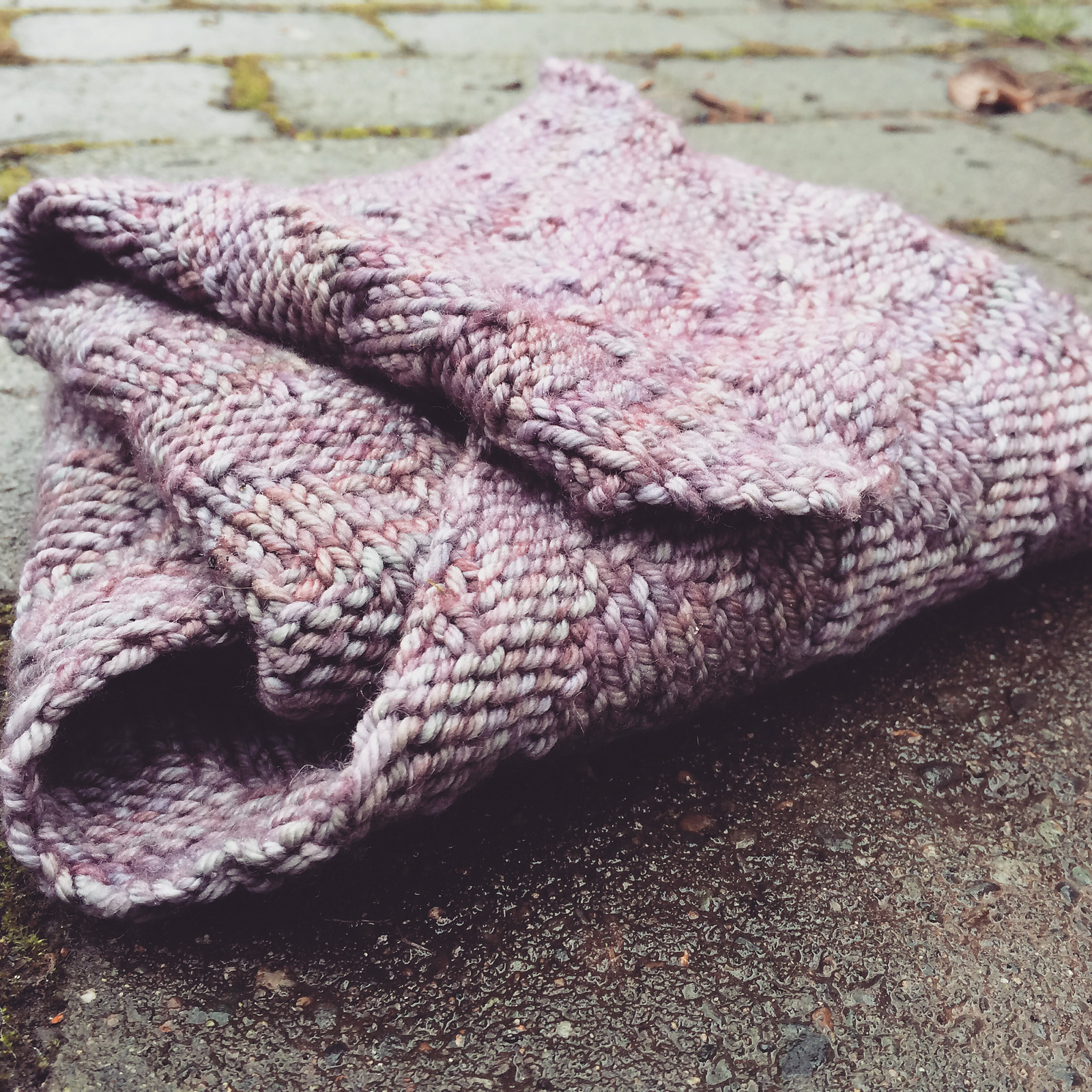